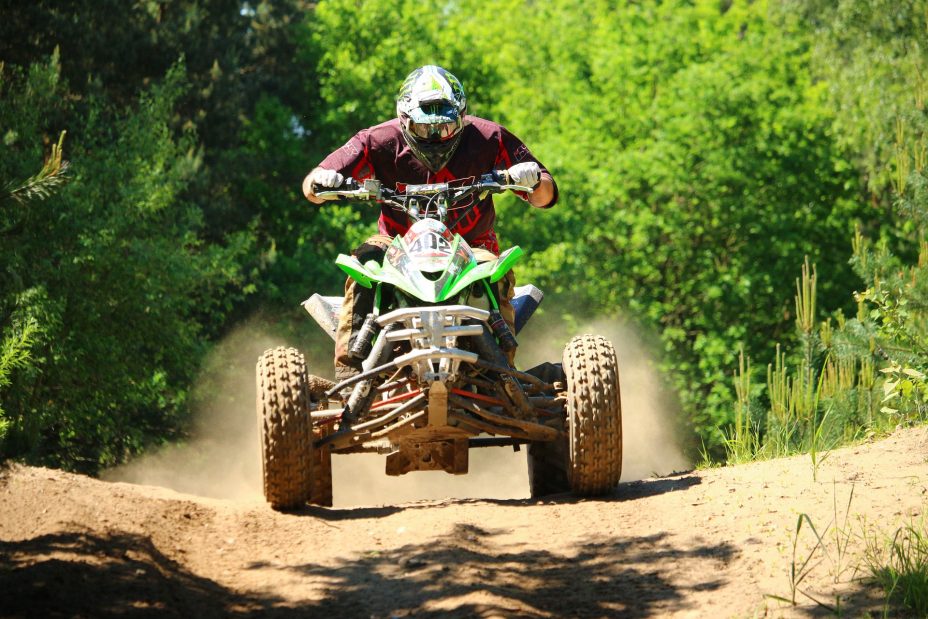 “Ouch! those thorns hurt!” What started out as a fun ride on an ATV became miserable once I found myself in a briar patch. After carefully pulling out the thorns and moving branches aside,  I navigated my ATV out of the overgrown trail. A quick survey of the damages revealed a torn shirt and a few scratches on my left side.

Beginning in Genesis 3, there is a correlation between trials and thorns in the Bible. Nearly every occurrence of  the word “thorn” represents a trial. Some trials are self-inflicted; driving the Christian back to God. Other times, God sends trials to make you grow. Take a quick look at four of these passages.  The first three passages warn of avoidable trials. The fourth is a trial inflicted by the pruning hand of God.

Proverbs 15:19 “The way of the slothful man is as an hedge of thorns:”

(Slothful) Here the Bible describes a slothful (a.k.a. lazy man) as someone who faces a hedge of thorns. In Bible times farmers would pile up thorn bushes to fence in their properties like a modern-day barbed wire fence.This hedge of thorns is referring to the fence the farmer made with thorns. A life characterized by laziness will face a wall of trials.

Proverbs 22:5 Thorns and snares are in the way of the froward: he that doth keep his soul shall be far from them.

(Froward) Solomon is warning his son of the dangers of being froward. Froward  means “to distort, pervert, or make crooked.” The froward person can be described as perverted, disobedient, and rebellious. Linked with the word thorns is the word snares. This implies that these trials will be a surprise, trapping a person suddenly. He will literally be choked by the hardships of his lifestyle with little hope of escape.

Matthew 13:22 He also that received seed among the thorns is he that heareth the word; and the care of this world, and the deceitfulness of riches, choke the word, and he becometh unfruitful.

(World) This third trial is the things of this world. This Christian fails to get firmly established in his Christian life. He lives for the moment rather than for eternity. The desire for popularity, possessions, and pleasure choke this Christian’s growth. When standing before the judgment seat of Christ, this Christian will realize he wasted his life on that which does not matter and no longer exists.

2 Corinthians 12:7-9 There was given to me a thorn in the flesh…. For this thing I besought the Lord thrice, that it might depart from me. And he said unto me, My grace is sufficient for thee: for my strength is made perfect in weakness. Most gladly therefore will I rather glory in my infirmities, that the power of Christ may rest upon me.

(Limitations) This last trial is the thorn of God-given limitations. To keep Paul humble and dependent on God, he was given “a thorn in the flesh.” Many believe this thorn was Paul’s bad eyesight, but no one knows for sure. We all have certain limitations we wish could be overcome. You may desire to be smarter, healthier, funnier, or prettier; but God made you for His specific plan. Paul arrived at the place in his life where he longed for God’s power instead of his own abilities.

Do you find yourself in a prickly situation? Take a moment to evaluate the trials facing you. If you  have fallen prey to laziness, frowardness, or worldliness make a choice to live your life as God intends. Perhaps you realize that God has purposefully placed certain trials in your life to help you grow. Rest in God’s promise to the Christian that, “all things work together for good to them that love God, to them who are the called according to his purpose.”